You would have had to been in a coma or something to miss the big celestial event that happened yesterday.  Across North America, a total solar eclipse darkened our skies on a pretty much incredible day practically everywhere it could be seen.  I watched the event at work, but JPL was well south of the totality – we had about 60% coverage by us.  Still, since we are a NASA center there was some interest.  Out on our Mall (the large open area in the center of the Lab) the crowds gathered and stared skyward with our flimsy paper glasses and a few solar telescopes.  JPL’s research tends not to be solar (with most of what we do looking at either Earth or Mars); so we weren’t the big attraction for the event.  Still it was a good time, and a happy place to experience everything.

What I did love was all the great pictures that are out there from all over the country.  From shots by amateur astrologers to great photos from NASA itself, there was so much out there that in the early hours to love.  In a race to share with you, I thought I would make a Top-Ish list out of them.

The rules, because there are always rules – this time its more about covering my own ‘eclipse’ then establishing boundaries, you’ll get what I mean:

So here we go … in order of ‘None of your business what order it is in’ here is:

The Top-7ish Aug 21, 2017 Total Solar Eclipse Photos Mitch Found on the Internet Without Much Searching 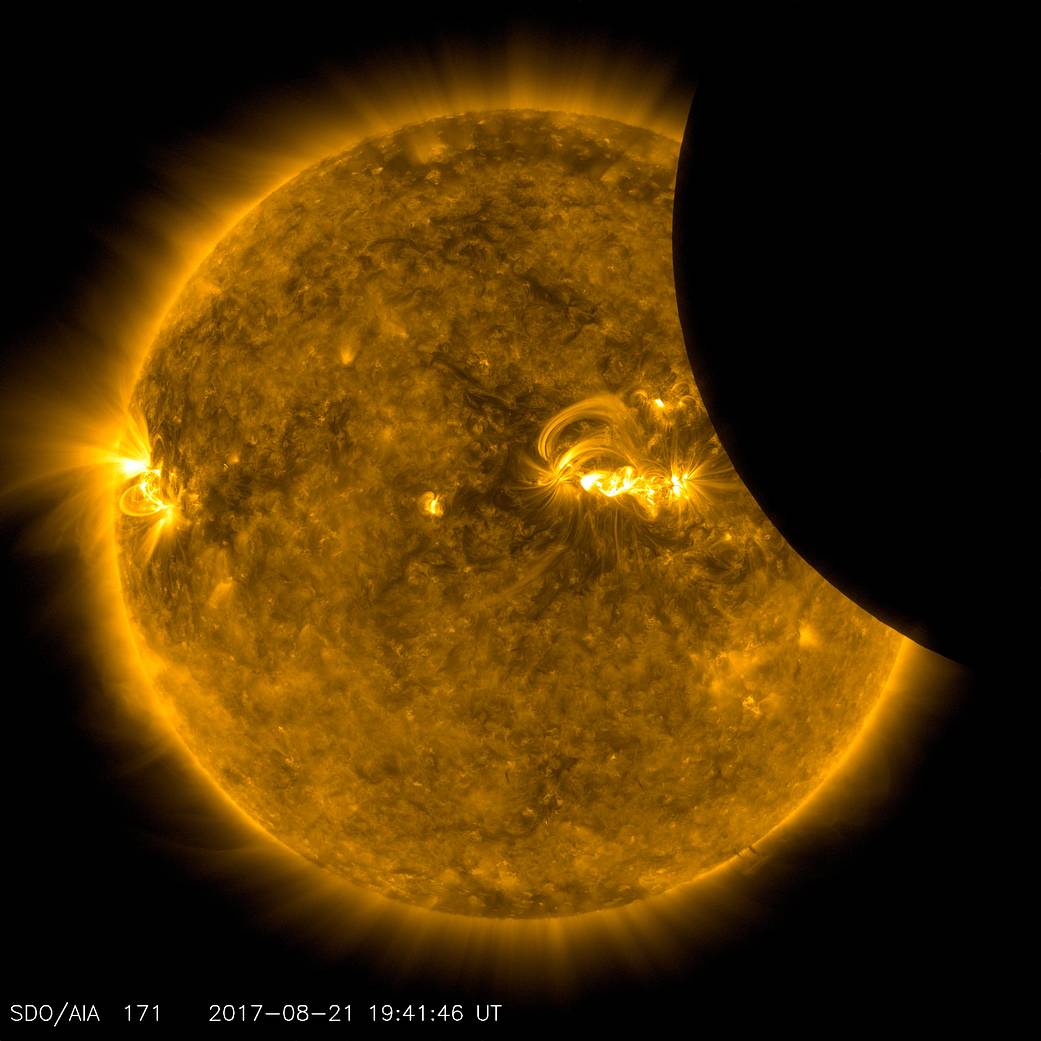 Eclipses remind us all not just that the things that swirl in space can move across one another every so often, but reminds us what is behind those things.  The sun, with all it’s simple gifts of light, heat, and an awesome tan … is a furious ball of fire.  In the early moments of the transits, NASA picked up this shot.

One of the things that always intreagues me about eclipses and other celestrial events is that as much as we understand these things, people of old didn’t.  The way the sky grew errily darker.  The way the sun seems to shift and change just because something is in the way.  This shot embraces that idea.  Taken over Madras, OR as the last bit of the moon moves in front of the Sun, it seems like there is a fight to show one last hint of something before it all goes dark.  I can see those from simpler times reacting to this, and changing everything they know and believe.

Taken from the International Space Station, this shot is of the shadow the moon cast on Earth.  That black spot?  That’s what happens when something blocks out the sun.  From up here you can see how much of the planet was covered by that shadow, how many people could see it.  It was just that big!

4) View From Below (aka Orbital Photobomb)

The last photo was taken by ISS, this one is taken OF ISS.  A composite of multiple exposures, the line of black dots going across the sun is none other than the International Space Station.  You get up close and you can see the solar panels & structure clearly against the sun.

Speaking of composite images, this is a series taken over Ross Lake, in Northern Cascades National Park, Washington.  The progression nicely shows how over time the sun goes away and comes back.

Better in it’s full spectrum, this shot helps to see how the sky is affected, and how awesome the eclipse can look at the right angle. 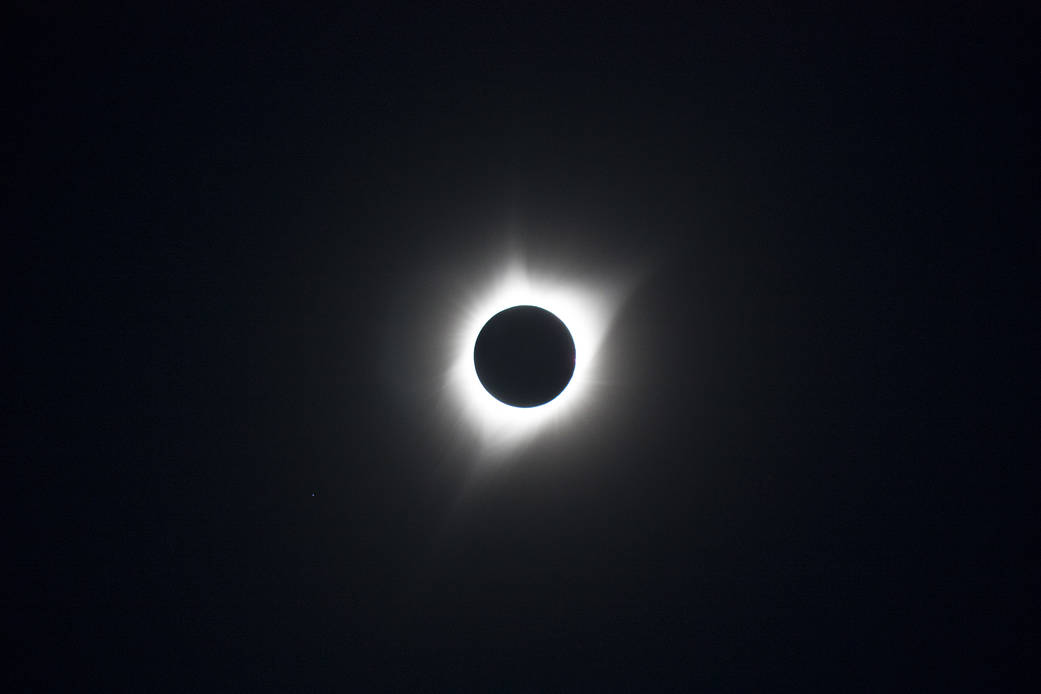 Totality in an eclipse is defined as the moment when the moon completely blocks out the sun.  In as such, all that can be seen is the massive solar corona.  In more poetic terms, it is the point where the moon seems to be burned alive leaving the blackness of it behind.  This is the totality as witnessed over Idaho Falls, ID.

I am sure we will see more great photos to come out in the weeks and months to come.  As folks get their hands on Photoshop, they surely will either enhance this great event – or ruin it by turning it into a meme.

Regardless, I hope you had a chance to experience the eclipse, and it was an enjoyable event for all.